Getting Stoned with Savages

On a recent trip to Fiji, of course I was jazzed to see the beautiful islands, snorkel in the turquoise waters, and experience this country I had never been to before. But, I also had one other big item on my agenda: I wanted to drink kava. The real way, how they do it in the South Pacific with their rituals and ceremony.

I had wanted to do this ever since I read the humorous and fascinating book, Getting Stoned with Savages by J. Maarten Troost. This was his follow-up to the deliciously, wickedly funny The Sex Lives of Cannibals. Although much of Stoned is set in the nearby South Pacific island of Vanuatu, a good portion of the book elaborately describes the extensive amount of time he spent getting stoned with locals on kava — a drink that is just as native to and popular in the Fiji Islands, the “slightly more civilized” place where the couple moved after Troost’s wife became pregnant.

Kava is a plant native to the South Pacific and it is the root of the plant that is used to make the drink, which gives an anesthetic, slightly narcotic effect that results in relaxation and euphoria. 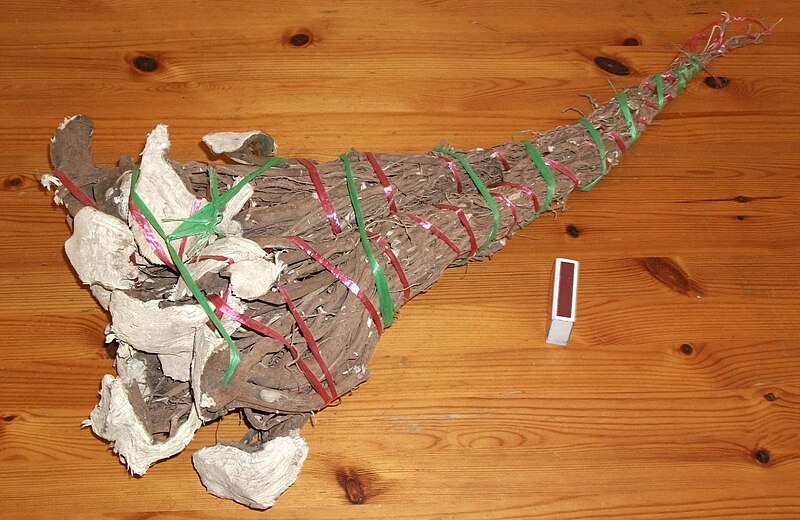 Troost makes it obvious that kava is an acquired taste; he calls it “the most wretchedly foul-tasting beverage ever concocted by man.” But its effects clearly made up for its taste shortcomings — Chapter 4 of the book is titled: “In which the author is introduced to kava, which he likes very much, oh yes, very much indeed.”

In fact, my first day in Fiji several locals had extolled kava’s benefits, saying that there was a reason people in Fiji didn’t need anti-depressants. I was eager to try it, the real way, and on the second day I got the chance. We took a speedboat river ride with Sigatoka River Safari, zooming down the Sigatoka River to visit the small village of Rarabahanga.

There we walked to the community center, where the villagers were waiting for us, preparations for the kava ceremony at the ready. We, the visiting tribe, had brought the kava plant.

There was very much a ritual, with blessings and singing and clapping, and a definite hierarchy to the order of who drinks first, second and so on. We were told that kava servings come in four sizes: Raindrop, Low Tide, High Tide and Tsunami.

When it was my turn to drink, I would describe the kava as earthy tasting. It wasn’t foul, but I wouldn’t say it was the best thing I’ve ever drank.

I didn’t feel too much effect, except for a definite tingling, numbing sensation in my lips and tongue.

I’ll just share some video and photos I made of the experience, so you can check it out yourself. Oh, and yes I did bring some kava home with me!

For more information about visiting Fiji, check out the Fiji Tourism website. You can get there via Fiji Airways, which has just rebranded itself from Air Pacific with three brand new Airbus 330s, and soon to have daily flights from Los Angeles.

8 Reasons To Travel Solo At Least Once In Your Lifetime

The Southern Belle of Savannah