If trekking the globe isn’t on your travelling agenda for the near future, yet you are still desperate for some sun, sea and sand, you’ll be pleasantly surprised to find that we have some of the most stunning beaches in the world, right here in the UK.

Here we give you the UK’s top beach destinations, guaranteed not to disappoint. Although we can’t make you any promises on the sun shining!

With its white shell and sand beach and it’s crystal clear blue seas, it’s easy to see why Porthcurno was named amongst the top 10 most beautiful bays in the world. Accessible by a gently sloping path from the lower car park or from steep rocky steps down from Minack. The beach attracts families looking to relax on the soft sand and to paddle in the stream that runs down one side. There are also plenty of surfers come to enjoy the stronger currents and walkers who are following the South West Coastal Path.

Owned and managed by the National Trust, The beaches at Studland Bay are amongst the most popular in the country. They are ideal for watersports and the warm weather often sees thousands of people flocking there to enjoy the four-mile stretch of golden sand as well as the many trails through the woodlands and sand dunes.

900m of the beach is a designated naturist beach, the most popular in the country. But don’t worry, if you’d rather avoid that area there is a path through the heather trail which leads to the northern part of the beach.

Set in an Area of Nation Beauty and ranked at number 6 in The Lonely Planet’s 2015 guide to the 10 best beaches in Europe, Bantham truly seems to have a bit of everything. There are stunning views over Burgh island, shallow sandy pools ideal for paddling at low tide, as well as a vast array of rock pools. It is also reputed to be one of the best surfing beaches in Devon.

Botany Bay Photo by B cc

Botany Bay is a popular filming location and It’s easy to see why. The bay is framed by imposing white chalk cliffs, including a chalk stack that has separated from the mainland. The beach is the perfect setting for a quintessentially British day at the seaside. There are plenty of rock pools at low tide and even a bit of fossil hunting to liven things up. If you wander to either end of the beach, you might want to keep an eye on the tide or risk getting cut off due to the shape of the cliffs!

Steeped in a rich history, this large expanse of sandy beach is overlooked by an imposing castle as well as a twelfth-century church. The castle was once the seat of the former kings of Northumberland. The beach itself is also famous for being the launch site for the first ever lifeboat and was home to Britain’s original serving lifeboat house due to the treacherous seas. That sea is now what brings flocks of surfers every year hoping to catch the next big wave.

This remote beach, and by remote I mean it is a four-mile walk from the nearest road, is believed to be one of the most unspoilt beaches in Britain, as well as the cleanest and the most beautiful. You won’t find toilets or an ice cream van here, just the natural beauty of nature with cliffs and sand dunes to explore and the stunning scenery to enjoy. Even on a busy day, there won’t be more than a handful of others who have braved the long walk to get here so this is the perfect setting for some peaceful contemplation.

With its crystal clear, azure-blue waters and soft white sands more befitting with the Caribbean than Scotland, Luskentyre truly is a beauty to behold. At low tide, this vast expanse of beach is the perfect destination for long secluded walks with usually just the seabirds for company. Looking inland, the beach is set against a backdrop of emerald green mountains while out to sea is the island of Taransay, which was the setting of the television series Castaway.

There’s no denying that Britain has more than it’s fair share of beautiful beaches. No matter which part of the country you are visiting, there really is somewhere perfect for everyone. How many of the UK’s top beach destinations have you visited? 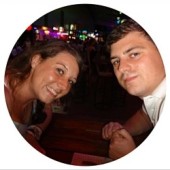 The 7 Most Unusual Towns in the World

Chile: Life in the Atacama Desert

Things to Know Before Booking your First Family Holiday