Backed by science, these 10 things can easily be done today to make you happier

I would love to be happier, as I’m sure most people would, so I thought it would be interesting to find some ways to become a happier person that are actually backed up by science. Here are ten of the best ones I found.

You might have seen some talk recently about the scientific seven minute workout mentioned in The New York Times. So if you thought exercise was something you didn’t have time for, maybe you can fit it in after all. Exercise has such a profound effect on our happiness and well-being that it’s actually been proven to be an effective strategy for overcoming depression.

In a study cited in Shawn Achor’s book, The Happiness Advantage, three groups of patients treated their depression with either medication, exercise, or a combination of the two. The results of this study really surprised me. Although all three groups experienced similar improvements in their happiness levels to begin with, the follow up assessments proved to be radically different:

The groups were then tested six months later to assess their relapse rate. Of those who had taken the medication alone, 38 percent had slipped back into depression. Those in the combination group were doing only slightly better, with a 31 percent relapse rate. The biggest shock, though, came from the exercise group: Their relapse rate was only 9 percent!

You don’t have to be depressed to gain benefit from exercise, though. It can help you to relax, increase your brain power and even improve your body image, even if you don’t lose any weight. A study in the Journal of Health Psychology found that people who exercised felt better about their bodies, even when they saw no physical changes. Body weight, shape and body image were assessed in 16 males and 18 females before and after both 6 × 40 mins exercise and 6 × 40 mins reading. Over both conditions, body weight and shape did not change. Various aspects of body image, however, improved after exercise compared to before.

We’ve explored exercise in depth before, and looked at what it does to our brains, such as releasing proteins and endorphins that make us feel happier, as you can see in the image below.

We know that sleep helps our bodies to recover from the day and repair themselves, and that it helps us focus and be more productive. It turns out, it’s also important for our happiness. In NutureShock, Po Bronson and Ashley Merryman explain how sleep affects our positivity.

In one experiment by Walker, sleep-deprived college students tried to memorize a list of words. They could remember 81% of the words with a negative connotation, like “cancer.” But they could remember only 31% of the words with a positive or neutral connotation, like “sunshine” or “basket.” The BPS Research Digest explores another study that proves sleep affects our sensitivity to negative emotions. Using a facial recognition task over the course of a day, the researchers studied how sensitive participants were to positive and negative emotions. Those who worked through the afternoon without taking a nap became more sensitive late in the day to negative emotions like fear and anger.

Of course, how well (and how long) you sleep will probably affect how you feel when you wake up, which can make a difference to your whole day. Especially this graph showing how your brain activity decreases is a great insight about how important enough sleep is for productivity and happiness:

Another study 5 tested how employees’ moods when they started work in the morning affected their work day.Researchers found that employees’ moods when they clocked in tended to affect how they felt the rest of the day. Early mood was linked to their perceptions of customers and to how they reacted to customers’ moods. And most importantly to managers, employee mood had a clear impact on performance, including both how much work employees did and how well they did it.Sleep is another topic we’ve looked into before, exploring how much sleep we really need to be productive.

3. Move closer to work – a short commute is worth more than a big house

Our commute to the office can have a surprisingly powerful impact on our happiness. The fact that we tend to do this twice a day, five days a week, makes it unsurprising that its effect would build up over time and make us less and less happy.

According to The Art of Manliness, having a long commute is something we often fail to realize will affect us so dramatically:

… while many voluntary conditions don’t affect our happiness in the long term because we acclimate to them, people never get accustomed to their daily slog to work because sometimes the traffic is awful and sometimes it’s not. Or as Harvard psychologist Daniel Gilbert put it, “Driving in traffic is a different kind of hell every day.”

4. Spend time with friends and family – don’t regret it on your deathbed

Staying in touch with friends and family is one of the top five regrets of the dying 7. If you want more evidence that it’s beneficial for you, I’ve found some research that proves it can make you happier right now.

Social time is highly valuable when it comes to improving our happiness, even for introverts. Several studies have found that time spent with friends and family makes a big difference to how happy we feel, generally.

In The Happiness Advantage, Shawn Achor recommends spending time in the fresh air to improve your happiness:

Making time to go outside on a nice day also delivers a huge advantage; one study found that spending 20 minutes outside in good weather not only boosted positive mood, but broadened thinking and improved working memory…

This is pretty good news for those of us who are worried about fitting new habits into our already-busy schedules. Twenty minutes is a short enough time to spend outside that you could fit it into your commute or even your lunch break.

Check out our previous article on the fascinating and rejuvenating Japanese practice of forest bathing!

One of the most counterintuitive pieces of advice I found is that to make yourself feel happier, you should help others. In fact, 100 hours per year (or two hours per week) is the optimal time we should dedicate to helping others in order to enrich our lives.

If we go back to Shawn Achor’s book again, he says this about helping others:

…when researchers interviewed more than 150 people about their recent purchases, they found that money spent on activities—such as concerts and group dinners out—brought far more pleasure than material purchases like shoes, televisions, or expensive watches. Spending money on other people, called “prosocial spending,” also boosts happiness.

7. Practice smiling – it can alleviate pain

Smiling itself can make us feel better, but it’s more effective when we back it up with positive thoughts, according to this study: 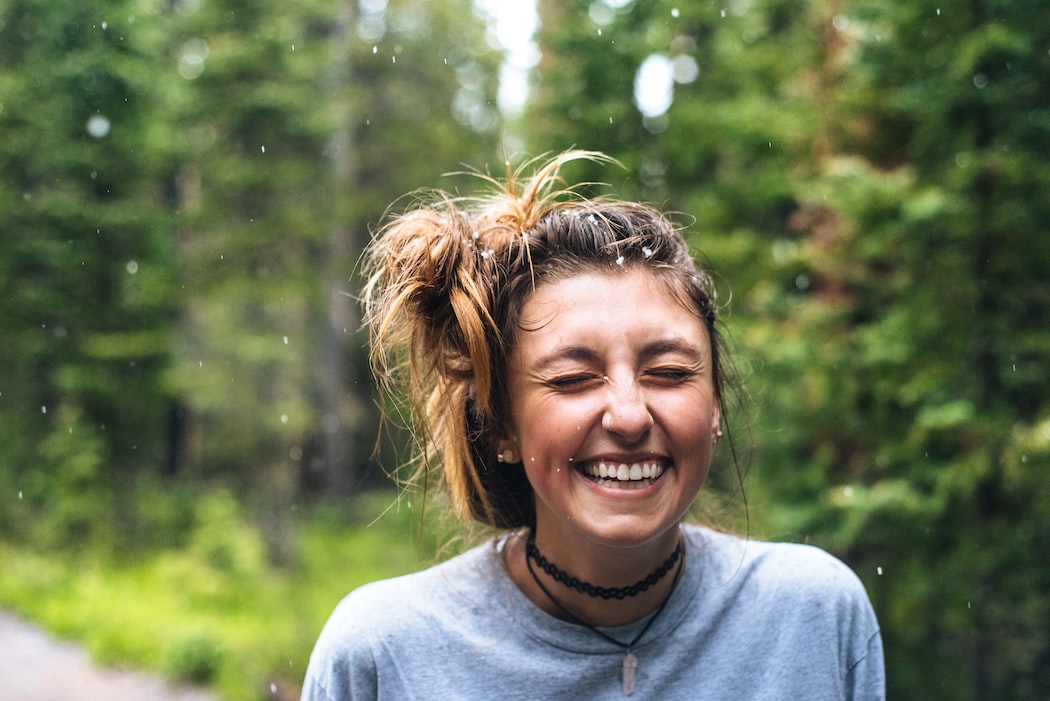 As opposed to actually taking a holiday, it seems that planning a vacation or just a break from work can improve our happiness. A study published in the journal, Applied Research in Quality of Life 19 showed that the highest spike in happiness came during the planning stage of a vacation as employees enjoyed the sense of anticipation:

In the study, the effect of vacation anticipation boosted happiness for eight weeks.

After the vacation, happiness quickly dropped back to baseline levels for most people.

Trading Places note from Shelley: I don’t know that I agree fully with this one. I say, plan the trip AND take it!

9. Meditate – rewire your brain for happiness

Meditation is often touted as an important habit for improving focus, clarity and attention span, as well as helping to keep you calm. It turns out it’s also useful for improving your happiness.

Meditation literally clears your mind and calms you down, it’s been often proven to be the single most effective way to live a happier life. I believe that this graphic explains it the best:

This is a seemingly simple strategy, but I’ve personally found it to make a huge difference to my outlook. There are lots of ways to practice gratitude, from keeping a journal of things you’re grateful for, sharing three good things that happen each day with a friend or your partner, and going out of your way to show gratitude when others help you.

In an experiment  where some participants took note of things they were grateful for each day, their moods were improved just from this simple practice:

The gratitude-outlook groups exhibited heightened well-being across several, though not all, of the outcome measures across the 3 studies, relative to the comparison groups. The effect on positive affect appeared to be the most robust finding. Results suggest that a conscious focus on blessings may have emotional and interpersonal benefits.

Quick last fact: Getting older will make yourself happier

As a final point, it’s interesting to note that as we get older, particularly past middle age, we tend to grow happier naturally. There’s still some debate over why this happens, but scientists have got a few ideas:

Researchers, including the authors, have found that older people shown pictures of faces or situations tend to focus on and remember the happier ones more and the negative ones less.

Other studies have discovered that as people age, they seek out situations that will lift their moods — for instance, pruning social circles of friends or acquaintances who might bring them down. Still other work finds that older adults learn to let go of loss and disappointment over unachieved goals, and hew their goals toward greater wellbeing.

So if you thought being old would make you miserable, rest assured that it’s likely you’ll develop a more positive outlook than you probably have now.

Source: 10 Simple Things You Can Do Today That Will Make You Happy

Belle Beth Cooper was the first Content Crafter at Buffer. She’s the co-founder of Melbourne startup Hello Code, an iOS developer, and a writer. 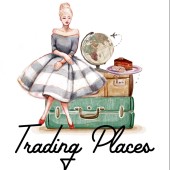 10 Motivational Steps For an Adventurous Backpacking Trip in Hawaii

Feel-Good Friday: Tents for Refugees, a Hostel for the Homeless, Stray Dog Living Large and more