Teen environmental activist Greta Thunberg recently completed a two-week sailing trip from her home in Sweden to New York, instead of flying, for the United Nations Climate Action Summit.

The Climate Action Summit is coming up on September 23, with the Youth Climate Summit on the 21st. 16-year-old Thunberg arrived at a marina in Lower Manhattan on August 28, after sailing across the Atlantic Ocean on an emission-free racing yacht. She held a news conference a few minutes later, where she said she hopes to spread awareness among Americans about what she calls “the climate crisis.” 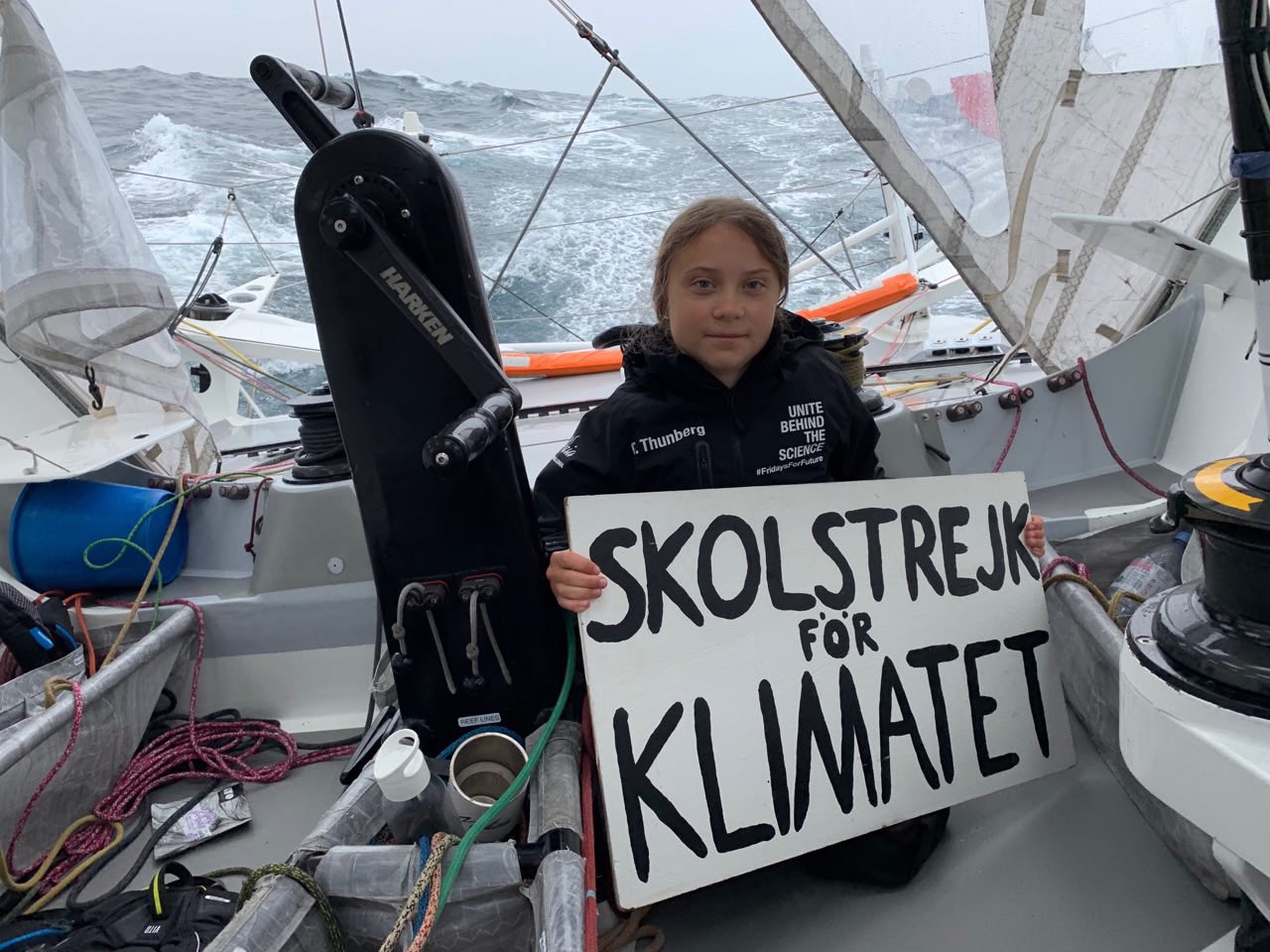 Thunberg is the current face of “flygskam,” or “flight shame,” a growing movement in Europe and North America to reduce air travel in order to lessen impact on the environment. Burning jet fuel releases greenhouse gases such as carbon dioxide into Earth’s atmosphere and oceans, which causes global temperatures to rise.
The U.S. ranks the highest in the world in the amount of emissions it emits through air travel, with a total of 151.1 million tons of carbon dioxide, a 10-percent increase over 2017. Globally it is positioned above China and the UK.* 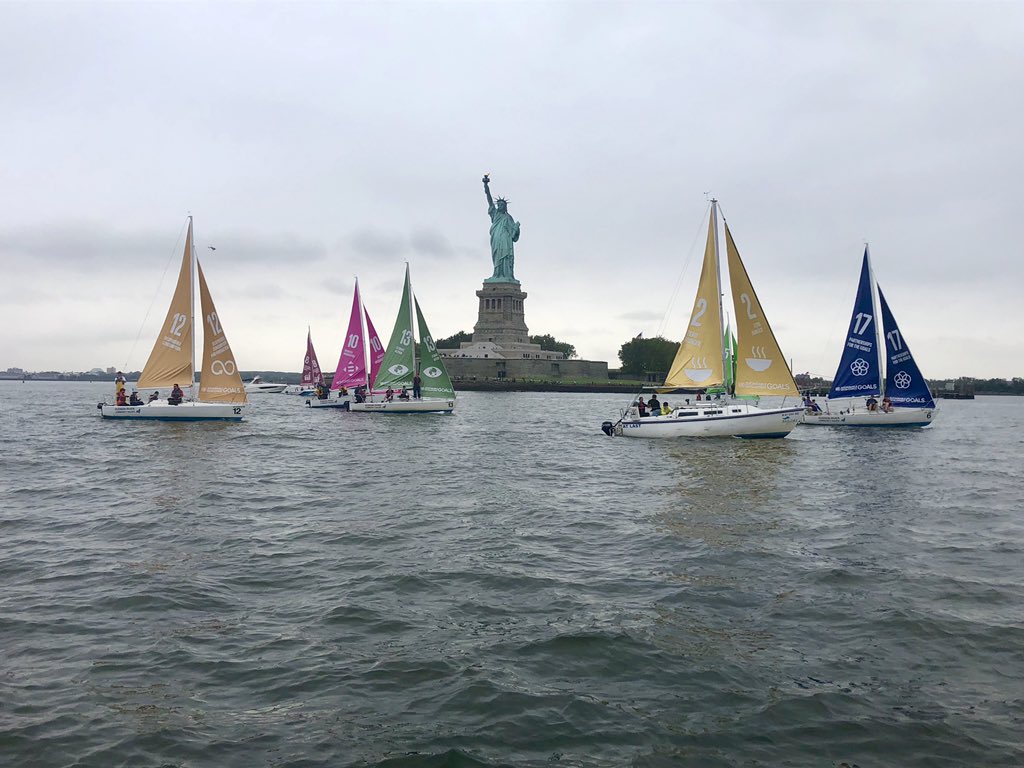 The UN sent out one boat for each of the 17 sustainable development goals to greet Greta Thunberg and her crew as they sailed into Manhattan.

The issue of the negative impact of air travel on the environment is one of the top concerns for many frequent travelers.

Worldwide, flights produced 895 million tons of CO2 in 2018, while humans produced over 42 billion tons, said the Air Transport Action Group. Overall, the aviation industry is responsible for around 2 percent of human-made carbon dioxide emissions, according to the International Air Transport Association. Those emissions can have a devastating impact on our environment.

So, what is a traveler to do? It’s not too late to improve the situation. LuggageHero, a global network of luggage storage sites in 30 major cities across Europe and North America, provided some tips to lower your carbon footprint while still getting the most out of your travels. Remember: Every bit helps!

For instance, if you are traveling from Paris to London and choose road transportation over flying, you’ll cut your carbon dioxide emissions by more than half. Your portion of CO2 emissions on a flight between the two cities would total 122.1 kilograms, while driving would be 48.4 kilograms and train travel 14.4.**

Energy-wise, trips below 965 kilometers (600 miles) are said to be more efficient with a train, bus or driving. 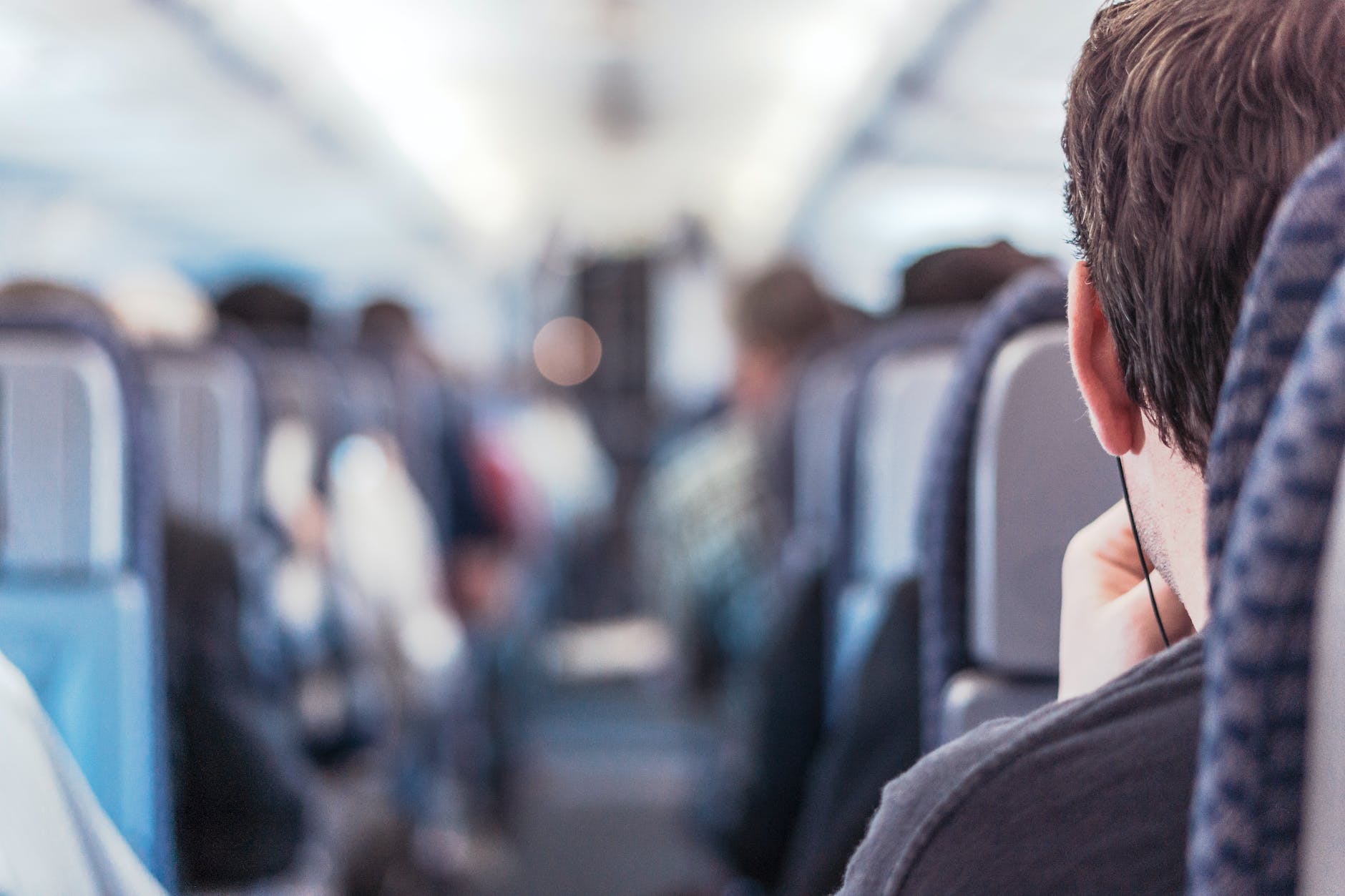 Flying nonstop saves a lot of energy because takeoffs and ascent require significantly more energy than cruising at altitude. In fact, around 25 percent of the fuel used is consumed during takeoff. Once at cruising altitude, the plane becomes much more fuel-efficient. Think of it this way: changing planes is double the trouble.

Or just slow it down

Take fewer flights and stay longer on the ones you do take. Side benefit: You get to know a place better. Isn’t that what travel is all about?

Use green airports when possible

The more people on a plane, the more efficient the energy use becomes. You can pack more passengers into coach, while business and first class give fliers more space, so thereby hold fewer bodies. Upgraded sections also have heavier seats, allow more luggage and use more service items.

The more your baggage weighs, the more the plane has to carry and the less energy efficient it is. So keep your stuff to a minimum, which is more convenient anyway.

Don’t use plastic when you’re in the airport or on the flight. That includes straws, stirrers and cups. If you do take a plastic cup on the flight, reuse it. You could even bring your own meal, foregoing all the plastic parts to an airline meal. 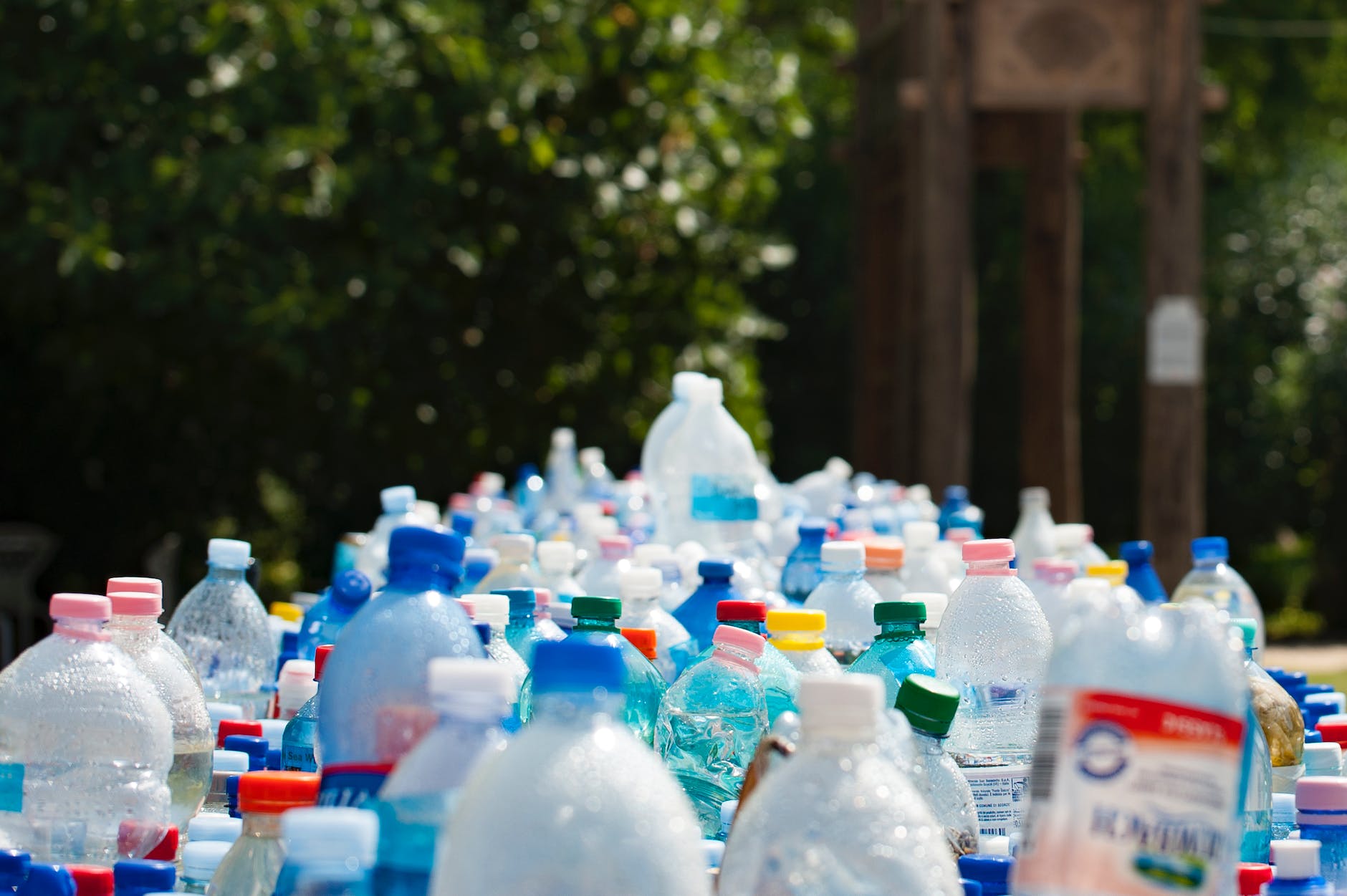 Plastic is a substance the earth cannot digest

Some tour providers routinely offset carbon. Look for companies that mitigate both the impact from their travelers and their own business operations.

Nonprofit carbon offset programs allow you to purchase a carbon offset equivalent to how much carbon your flight costs. In this way, you pay money into a project that attempts to save energy and emissions elsewhere. Examples are planting trees and subsidizing fuel-efficient cook stoves in Africa. Some airlines also partner with carbon offset programs. When choosing a plan, you’ll want to research the sponsor and where your money is being spent.

Forego flying for a year

Maja Rosén from Sweden is encouraging people to make a pledge to give up flying for one year – 2020. Last year she founded the group We Stay on the Ground to recruit fellow activists. Anyone can join, but a national pledge won’t become official until 100,000 in a country have signed up. Active campaigns are ongoing in Sweden, the United Kingdom, Denmark, Belgium, France, Germany and Canada.

The folks behind the “We stay on the ground” movement

You can jump totally in by not flying at all, like Greta and others have. Instead, take alternative transportation, such as trains, buses, boats, bicycles and automobiles (even better if you carpool).

Regardless of whether you boycott flying all together, change a few personal habits or make no changes at all, you can still help by advocating for the environment. That could include supporting research and development of greener aviation, pushing for more energy-efficient public transportation and voting for local and national leaders who prioritize climate change. Every bit helps!

* Amadeus IT Group in combination with International Civil Aviation Organization (ICAO) emission factors, compiled by Griffith University Institute for Tourism and interpreted by LuggageHero.** EcoPassenger, a calculation tool provided by International Railways Union. Calculations for car travel uses 1.5 passengers, for train travel an average load factor, and for airplanes a European average utilization, including arrival and departure and taxing on the airfield.

** EcoPassenger, a calculation tool provided by International Railways Union. Calculations for car travel uses 1.5 passengers, for train travel an average load factor, and for airplanes a European average utilization, including arrival and departure and taxing on the airfield.

12 Days of Giving: The Gift of Less

12 Alternative Things to do in London

The best ski destinations in the US