When it comes to honoring the men and women who have served in the United States military, there’s no better way than learning some of the history and their stories.

The U.S. has a wealth of incredible history museums, but I’ve chosen these six that I’ve personally visited within the last few years, to recommend as top places to immerse yourself in military/war history, learn their stories and commemorate our veterans.

I just visited this incredible museum earlier this week. Since its opening in 1991, this has been the preeminent collection focusing on World War II history; in fact, it’s been designated by Congress as the official WWII museum of the United States. Located in downtown New Orleans on a six-acre campus, five soaring pavilions house historical exhibits, on-site restoration work, a period dinner theater, and restaurants.

The museum tells the story of the American experience in the war that changed the world—why it was fought, how it was won, and what it means today—so that all generations will understand the price of freedom and be inspired by what they learn. They do this through immersive exhibits, multimedia experiences, and an expansive collection of artifacts and first-person oral histories, taking visitors inside the story of the war that changed the world.

If you go, do not miss the film Beyond All Boundaries. Narrated by Tom Hanks, this is a 4D experience that fully engages all your senses and emotions through the United States’ participation in the war.

Just an hour and a half west of Austin, this recently expanded museum in the charming town of Fredericksburg (a great place to spend a fun weekend!) extensively covers everything to do with the Pacific Theater of World War II. Discover the human story of WWII in the Pacific in more than 55,000 square feet of exhibit space spread over three galleries located on six acres in the heart of Fredericksburg, Texas. The National Museum of the Pacific War is the only museum in the continental U.S. solely dedicated to telling the story of WWII in the Pacific.

This #MemorialDay weekend we remember those who sacrificed everything for the free world.

Posted by National Museum of the Pacific War on Saturday, May 27, 2017

Spanning six acres and more than 55,000 square feet, the National Museum of the Pacific War through multiple galleries, Nimitz Education & Research Center, Plaza of Presidents, Japanese Garden of Peace and a memorial courtyard. There’s also an incredible outdoor live-action living history amphitheater, where reenactments take place seven times a year (tickets are separate from the museum and are recommended to be purchased online ahead of time, as they often sell out). I just visited this museum a couple of weeks ago for the third time, and got a tour of the living history theater and its educational program, which is quite impressive.

If you find yourself on the beautiful island of Oahu, you won’t want to miss a visit to the Pearl Harbor memorial, which commemorates the attack by the Japanese on December 7, 1941 that launched the United States into WWII. I visited this site last year, and here you can not only learn of the history of Pearl Harbor, the invasion and the war; but you can even take a boat tour that departs from the site and takes visitors out into the harbor to view some of the sunken battleships and memorial markers for the ships that were sank, and the thousands of lives lost, on that fateful morning. View my full post about Pearl Harbor here.

This museum and memorial is dedicated entirely to D-Day, the June 6, 1944 Allied invasion of Germany-occupied France along the Normandy coast that was the largest amphibious military operation in history. It also was the turning point in the war for Germany’s ultimate defeat. This memorial is especially meaningful to me because of a personal connection; my grandfather, E.F. Smith, Jr, was one of those soldiers in Operation Overlord (as the D-Day series of invasions was called). His unit went on to liberate St-Lo, and then to the famous Battle of Mortain, where my grandfather was captured by the Germans. He spent the rest of the war in a POW camp in East Germany until the Russians liberated it. 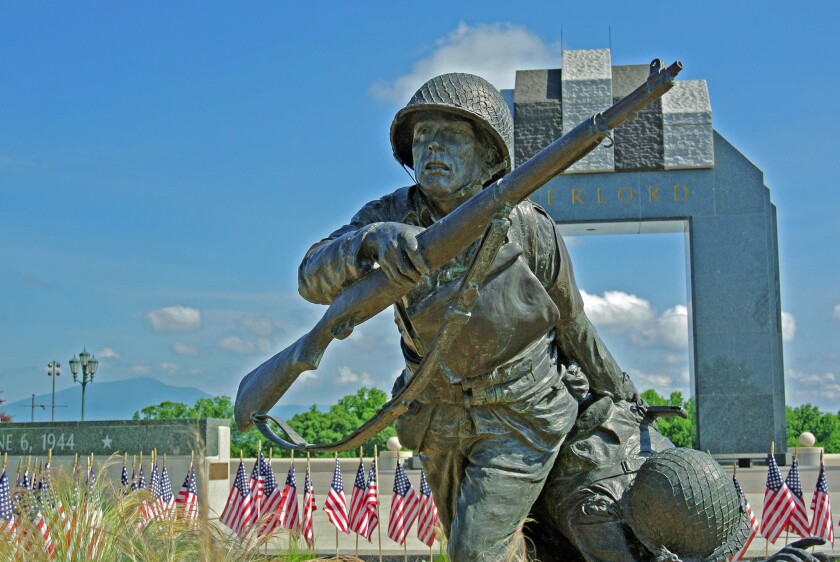 One incredible local story, and why the memorial is located where in this town, is that of the “Bedford Boys.” They consisted of 30 National Guard soldiers from Bedford who landed on the shores of Normandy on D-Day. By day’s end, 19 Bedford soldiers were dead. Four more died later in the Normandy campaign. Proportionately, the town of Bedford, then about 3,200 residents, suffered the nation’s most severe D-day losses. I actually wrote a story about this for the LA Times, which you can read here.

This Smithsonian-affiliated aerospace and science museum with rare historical aircraft ranging from World War I to the Vietnam era. The exhibits include hands-on interactive STEM exhibits, science-based camps, educational tours, unique aviation artifacts, and more. For me, this museum had two really unique, cool aspects that I particularly enjoyed. 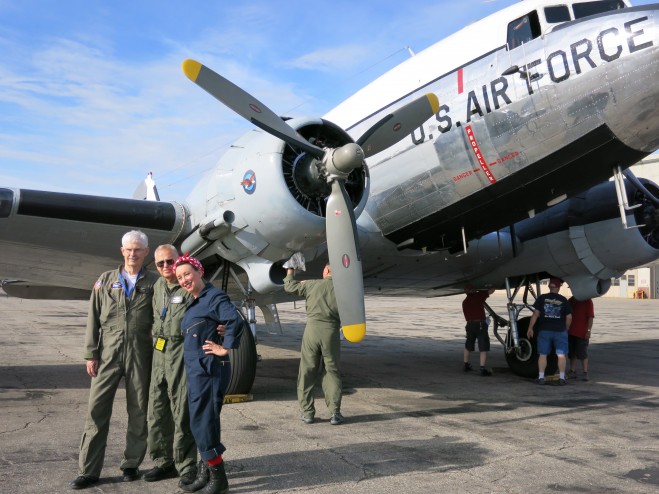 First of all, this is home of the Willow Run bomber plant, built by Ford Motor Company to produce fighter planes for the Allies’ war efforts. The factory was three-and-a-half million square feet — the largest factory under one roof in the world — and the assembly line was over a mile long. Willow Run began producing B-24 Liberator bomber planes, making one every 55 minutes. By the time the Allies declared victory on May 8, 1945 more than 86,000 airplanes had rolled off the assembly line. It’s also the place where the iconic Rosie the Riveter worked — read my story about that here.

Second, you can actually take a ride in an original WWII-era plane! This was one of my most thrilling visits to a museum anywhere in the world, and the only place where you can do something like this.

Last, but certainly not least, is the extensive collection of Smithsonian museums and institutes in our nation’s capital. Particularly the National Air & Space Museum is great for Veterans Day and war history visitation, with its one-of-a-kind artifacts such as Flak-Bait, the only World War II bomber of its kind to retain the original insulating fabric panels lining the interior of the forward fuselage. They also pay homage to units like the 320th Barrage Balloon Battalion, the only unit that stormed the beach at Normandy on June 6, 1944, and was comprised entirely of African American soldiers. 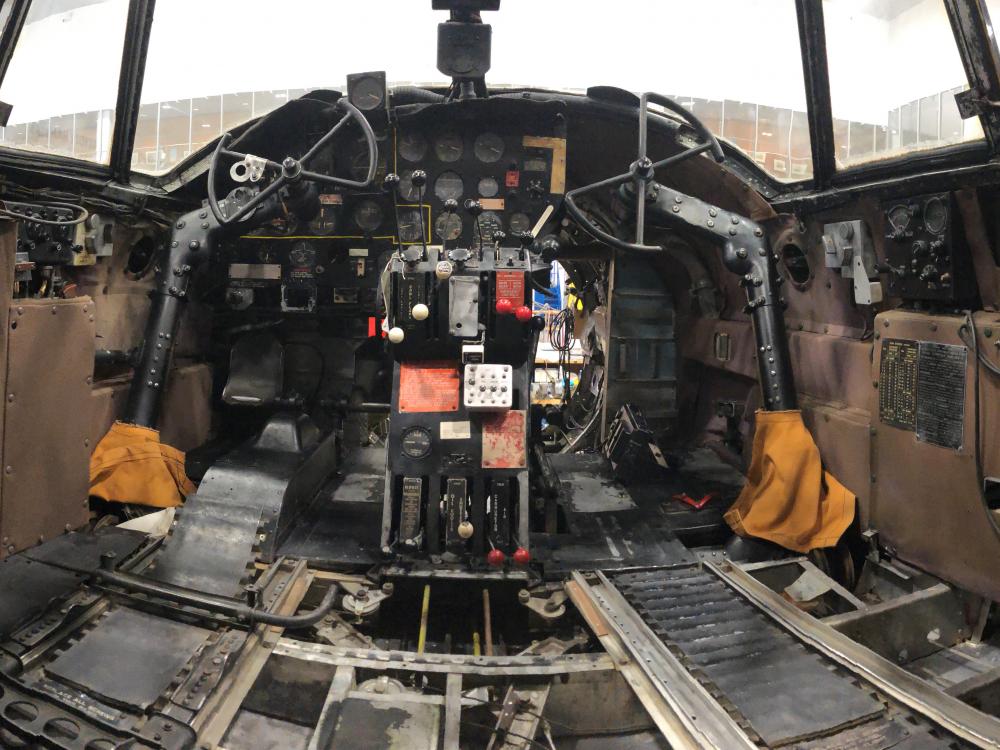 The National Museum of American History also has exhibits about military history.

Feel the Fear and Do It Anyway! World Nomads Share their Best Moments

12 Days of Giving: The Gift of More

Hiking in Iceland – The Top Trails

12 Days of Giving: The Gift of Growth