Experiencing the Big Cat Life: A Travel Guide to Serengeti and Beyond

The chance to see big cats in their natural habitat is a rare and very special opportunity.

And it’s an opportunity certainly limited to relatively few travelers and tourists. There just aren’t all that many big cats left in the world, and if you do want to see them, you’ll have to travel wide and far.

That being said, if you’re determined to do so, you’re in the right place! In this article you’ll learn all about the best places in the world to see the big cats. You’ll of course read about the most obvious destinations, like the Serengeti, but you’ll also find out about some big-cat-watching sites that may not have occurred to you before. 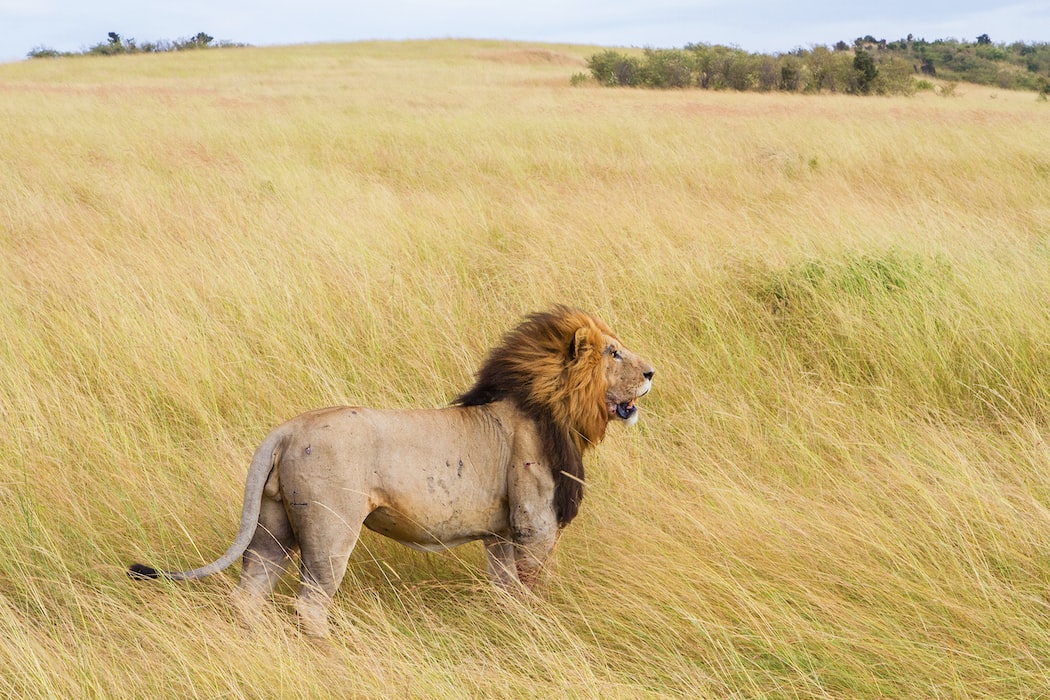 Photo by Bhargava Srivari on Unsplash

If you’ve been on safari before, then you probably already know about Serengeti National Park in Tanzania. The Serengeti is home to a vast grassy savannah where you can see the Great Migration, an epic journey involving wildebeest and zebra making their way to Kenya, in search of water and food. Of course, where the wildebeest and zebra go, the big cats will follow.

You can see lions hunting wildebeest along the Mara River, and if you get lucky (or unlucky, depending on your constitution) you may even get to see a lion take down its prey. 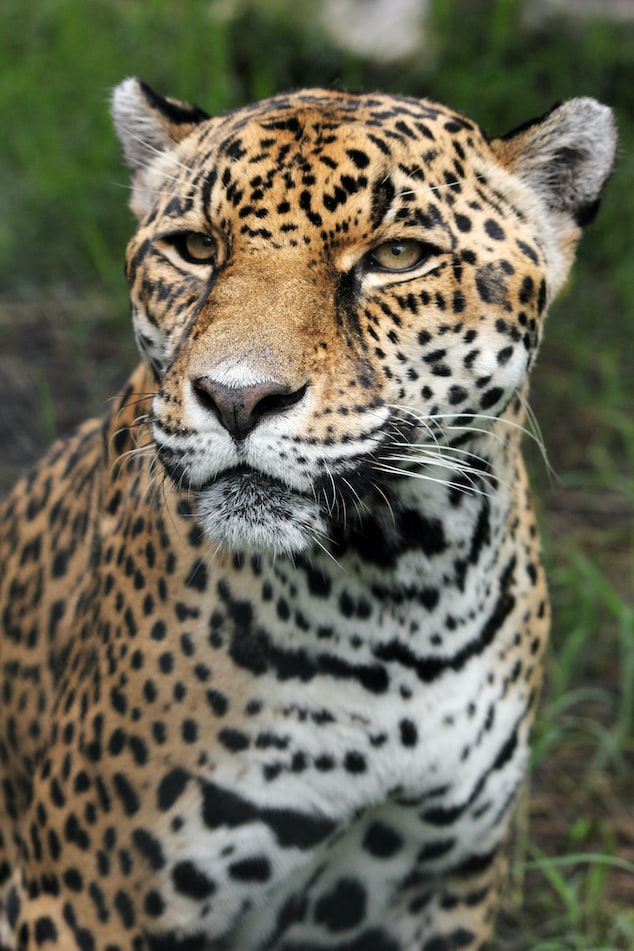 Photo by Omar Mena on Unsplash

Head to South America and you might get lucky enough to see jaguars and pumas. Jaguars are the third largest of the big cats in the wild, after lions and tigers, and live in the Brazilian Pantanal. The Pantanal is a vast inland wetland located in the southwestern part of the country. If you want to increase your chances of seeing a jaguar, head to Mato Grosso, one of two Brazilian states. Jaguars tend to appear during the day between July and September, along the Cuiabá River. You can join a boat tour; from which you may even get to see a jaguar hunting.

If you’re more into pumas, then Chile is the place for you. These super-fast cats are mostly found in Patagonia. Make sure to hire a guide, because they are very hard to find if you don’t know the ins and outs of their habitat and habits.

Thought Andalucía, Spain was only good for flamenco, wine and pata negra? (As if that weren’t enough). Think again! Andalucía is also home to the elusive Iberian lynx, one of the most endangered cat species in the world. Head to the Sierra Morena and Coto Doñana National Park and you might get to see one of the only 400 lynxes that live in the area. You’ll want to make sure you head out bright and early in the morning, to increase your chances of seeing one.

If you head to Ladakh near the Tibetan border in central Asia, you may have the chance to see the very elusive snow leopard. These cats live in mountainous areas and can be seen in the foothills of the Himalayan mountain range looking for food. You can join a tour that entails 10 days of camping. So this is neither for the faint of heart, nor those looking for a luxe experience. 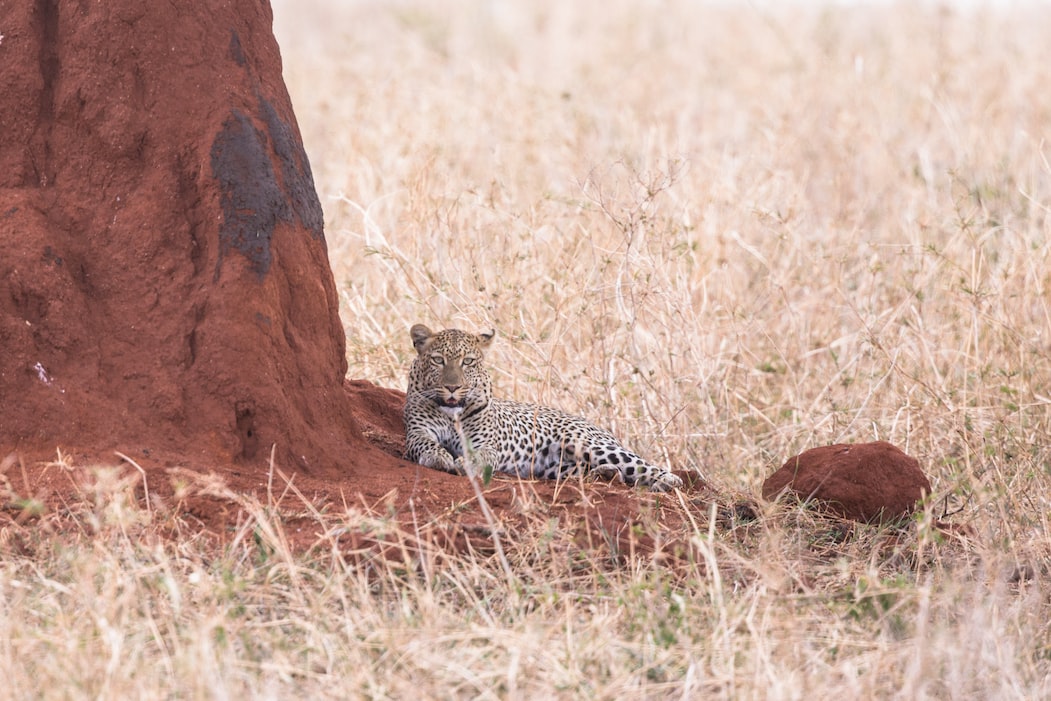 Photo by jean wimmerlin on Unsplash

Travel to Sri Lanka and join an open-jeep safari to see the leopards. There are around 800 leopards living in the wild in Sri Lanka. You’ll want to go to Yala National Park which has the largest density of these yellow and black-spotted cats in the whole world. While you’re there, you can stay in the town of Tissamaharama, or in and around the park where you’ll find options for both budget and luxury hotels.

If you go to Sri Lanka to see the leopards, you’ll want to go in the summer season between March and October. That’s when there’s less water around and the animals will come out of hiding in order to risk a drink from a lake.

It’s tiger time! The largest population of tigers in India lives in Bandhavgarh National Park, located in the state of Madhya Pradesh. The park is over 100 square kilometers and has more than 50 tigers. This area is called the land of the white tiger, but sadly no white tiger has been spotted in the wild since 1951. While you’re there, you may also get to see deer, antelope, wild dogs, foxes, bulls and wild boar.

If it’s tigers you want, you can also head to Ranthambore National Park. This is one of the biggest national parks in India at 1,334 square kilometers. This used to be where the Maharajas of Jaipur went to hunt, and was also where Queen Elizabeth II and Prince Philip shot a tiger in the 1960s. Since then, thankfully, it is now a safe space for these majestic creatures, and one of the biggest tiger reserves in India. 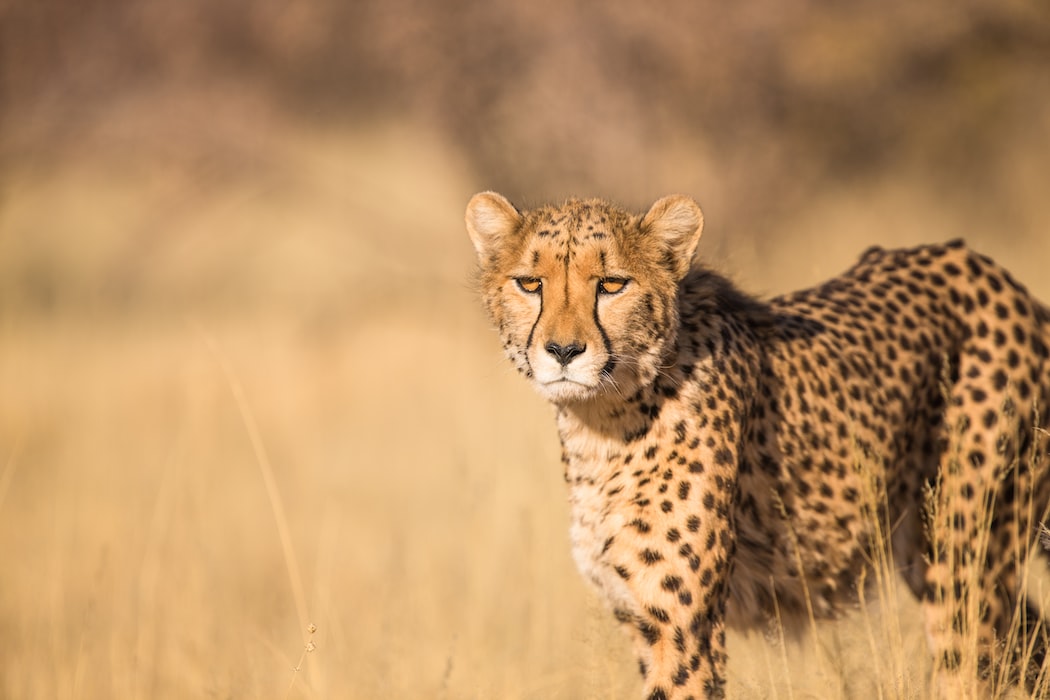 Photo by jean wimmerlin on Unsplash

If you don’t want to be cheated out of seeing the fastest animal in the world, then your best bet is to head to Botswana. You’ll go to the Kgalagadi Transfrontier Park, which borders South Africa and Botswana, and is considered one of the best places to see cheetahs in Africa. Go in the spring during springbok birthing time—the cheetahs are quite partial to the taste of springbok babies.

You can also go to the Central Kalahari Game Reserve. This is the second largest game reserve in the world, and is mostly flat so spotting these spotted animals isn’t very hard. Make sure you go with a tour, because the park can only be accessed with a 4×4.

If you’re into going off the beaten path, you may want to consider a trip to the ancient jungles of Borneo. These lush sanctuaries are home to five species of big cats, and some of the rarest cats in the world at that. So what cats might you see in Borneo?

So now that you know some of the best places in the world to go to see big cats, from the Serengeti and beyond, where will you choose? Will it be tigers in India, lynxes in Andalucía or cheetahs in Botswana? Wherever you decide to go, make sure to pick a tour that also helps with wildlife conservation, so you can be part of a long and healthy future for these majestic creatures.

9 Things to Know Before Renovating Your Home

The Route of Peace: El Salvador